The undersigned Tunisian associations call on the Algerian authorities to end the exploitation of the Corona pandemic to mute the independent media and persecute critical journalists and end the arbitrary blocking that it has imposed since April 9th ​​on the Maghreb region news website and its partner, the Associative Radio website.

The blocking of these two independent websites in Algeria is considered a blatant attack on the right to freedom of expression and press, for which dozens of Algerian journalists were martyred in the last decade of the twentieth century, and a new episode in a shameful series of repetitive attacks committed against independent media and journalists who are eager to freedom and committed to journalistic work rules and ethics.

The signatory associations express their solidarity with the founders and journalists of these two websites, and all Algerian journalists and activists, who are keen to contribute to building a better and more secure future for the protection of fundamental rights and freedoms in their homeland.

The associations also call once again for the release of all imprisoned Algerian journalists because of their work, including Khaled Darrani, who was arrested last March, while he was covering a popular demonstration, and Sofiane Marrakchi, who has been arrested since September 2019 and who was convicted on 5 April this year, for eight months in prison for “The introduction of equipment used for live broadcasting without a license and customs evasion. ”

The editor-in-chief of the Maghreb region news website “Maghrebemergent” confirmed that the decision to block the two news websites will only intensify their employees’ insisting on continuing to adhere to the standards of quality journalism. She described this decision as part of the tightening of “political censorship”, which has previously targeted in 2017, 2019 and 2020 the “Everything About Algeria” TSA website, which won last year’s Najiba Hamrouni Maghrebi Prize for ethics in the journalistic profession.

This award was created by Yakadha Association for Democracy and the Civil State, as a tribute to the struggle of journalist Najiba Hamrouni (1967-2016) in order to “liberate the journalistic profession from the domination of political power, and protect it from the greed of some investors in the media sector who consider the press as a mere ride to serve their personal interests and achieve their political ambitions while misleading public opinion and bullying the country’s institutions.”

Al-Minya assaults.. Silence of the state in front of the escalation of sectarianism When minorities are vulnerable and law abrogated 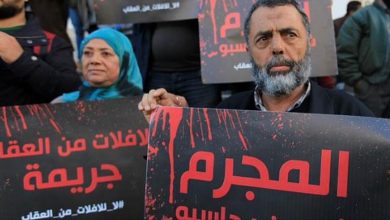 Press Release: Civil society organizations are calling for the publication of the report of the Truth and Dignity Commission in the official gazette of the Republic of Tunisia

Mass arrests in Egypt: Expressing opinion is an inevitable path to the State Security Prosecution