While the world is facing the Corona pandemic (Covid-19) by all available means, the Libyan people face this crisis amid the difficult circumstances which their country is witnessing as a result of the conflict that has been going on since April 4, 2019, which led to the state’s institutions division and the health system’s collapse in a country that is already burdened with a huge history of corruption that had a great impact and did not step aside while fighting this epidemic.

The Government of National Accord has already announced a number of measures to try to confront this pandemic, including declaring a state of emergency, in addition to declaring a curfew from 2 pm until 7 am and closing schools, the suspension of work in many departments, while a limited number of employees were kept in institutions to provide necessary required services as well as closing the country’s borders.

These measures coincided with launching awareness campaigns that target citizens and imposing social distancing. The aforementioned achieved positive results as most of the citizens adhered to these instructions as they understand the situation which the country is going through and its inability to face the epidemic.

Despite all that, the National Center for Disease Control has announced cases of virus infection, However, this data remains inaccurate due to the existence of frequent information that indicate that there are more cases in Libya. This raises questions and doubts about the information’s accuracy and the efficacy of the strategy of following up the epidemic’s outbreak..

There was frequent news during this period about death cases related to this virus which was only discovered in the forensic reports while issuing death certificates, which confirmed that the virus was the cause of death. The reports of the Ministry of Health did not have any data or released any statements related to this information, the ministry which operates amid suspicions of corruption that exist within it, as confirmed by all those who are familiar with the Libyan situation.

In March 2020, a popular demand for dismissing the Minister of Health and the Deputy Minister who are charged with receiving the amount allocated by the Presidential Council to face the pandemic, as a response for not providing protective clothing and medical tools to medical personnel and staff as required till now, this resulted in a large number of them leaving their workplaces due to the lack of capabilities and preventive measures used to protect and their assistances.

This critical situation has prompted 24 municipalities in the western region to ask the Head of the Presidential Council to adopt an urgent procedure with regard to dismissing the Minister of Health and the Deputy Minister who are responsible for this deteriorating situation because of their late response in preparing for confronting this global epidemic. Municipalities have given the Presidential Council 48 hours to deal with this issue and refer it back to the municipalities so that they can take urgent measures and provide health care before it is too late.

In the eastern regions of the country, Field Marshal Khalifa Haftar announced the formation of a supreme committee headed by the Chief of the General Staff of military forces, Lieutenant General Abdul Razzaq Al-Nadhouri, and the membership of both the Minister of Interior and the Minister of Health. This committee is responsible for dealing with all issues related to this pandemic, and it started its work by sending orders issued by the head of the committee to all municipalities in the eastern region to not form any committee or take any action, unless related orders were issued by the Higher Committee to Combat Corona pandemic. This central measure is expected in light of the situation in the eastern region which is under the control of the Libyan army led by Haftar.

So far, no new infections with Corona virus have been announced in the eastern region of the country which is under the control of Field Marshal Khalifa Haftar’s forces. Infections are concentrated only in the western region, this fact, increases the Libyan people’s concern regarding the high rate of injuries in Egypt in light of its close connection to the eastern region, especially since many Libyan citizens have already returned from Egypt before closing the Libyan borders at the beginning of March.

The adopted procedures to confront this crisis can be characterized by lack of accuracy and transparency, and the absence of sufficient effort to mobilize the necessary resources, in addition to the clear division between administrative authorities while confronting the crisis, which increases the anxiety and fear of Libyan citizens.

In light of these circumstances, DAAM Center expresses its deep concerns and complete rejection with regard to the continuance of military operations between the two conflicting parties in Libya, despite the continuous appeals from the United Nations Mission in Libya, the American embassy and a number of European countries, for the two parties to launch a humanitarian truce and to intensify efforts in the east and west of the country to confront the pandemic.

DAAM Center also rejects any violation of the imposed curfew in the Libyan capital by the two parties, as military operations until now, continue to take place and exchange of intensified bombing did not stop throughout March.

The military conflict’s continuation automatically means affecting the ability of the already collapsed health sector to deal with the epidemic, which would double the risks the Libyan lives are exposed to and trap them between military violence and the epidemic’s threat.

DAAM Center calls upon the Libyan government (National Accord/ Interim) to assume its responsibility in protecting citizens, to uphold the Libyan people’s interest over any other interim interest, and to take all necessary measures taken in the world and recommended by the World Health Organization to face this pandemic.

At these difficult times, DAAM center hold the parties to the conflict fully responsible of the situation legally and historically, and calls upon them to quickly respond to the humanitarian truce announced by international and local parties to allow focusing all the existing capabilities to confront this global pandemic and to avoid a catastrophic humanitarian scenario in Libya.

Al-Minya assaults.. Silence of the state in front of the escalation of sectarianism When minorities are vulnerable and law abrogated 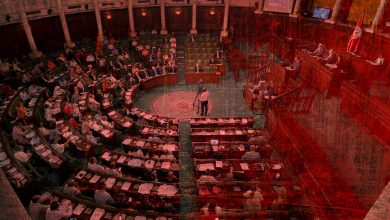 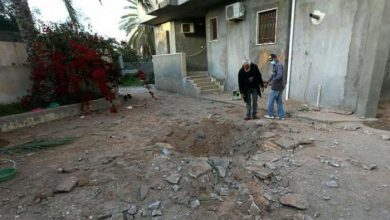