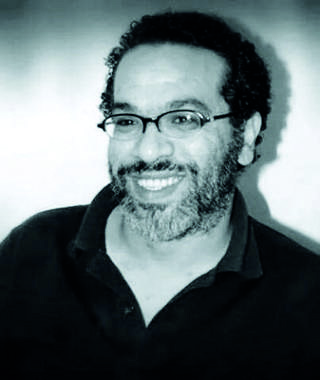 Public opinion is often cited in conjunction with the term “media”, the reason for that is the media’s -whether traditional, digital or else-  influential role in shaping public opinion trends, this also occurs taking into account the relationship of authority with media on one hand and its relationship with public opinion on the other.

Researchers have recognized the importance of public opinion and its role; but they squabbled among themselves and failed to agree upon or give one definition for it, and this due to the difference in the nature of the specialization of each one of them.

There are numerous definitions for public opinion, and almost all of these definitions agree that expressing public opinion on one hand and the attempt to change, manage and influence it or even creating a new public opinion on the other hand can only be done through persuasion which requires communication for all categories that must be attending discussions, engaging with different opinions, examining them and criticizing the opposing ideas with willingness to accept them if they were proved to be valid. Imposing opinions though coercion and forcing others to adopt them without conviction does not reflect a real public opinion in the strict sense of the word, in another words, freedom of thought, expression and opinion are the basis for any general trend in society, which represents the minimum degree of agreement on a particular subject or a particular issue.

When we talk about the media’s role in shaping public opinion trends, several things cannot be ignored in order to understand the influence of media, whether positive or negative, on public opinion. One of the most important of these is the context of the authority’s relation with media, which is the concern raised by special rapporteurs for freedom of expression in the joint declaration on the tenth anniversary, entitled “ten main challenges for freedom of expression in the coming decade”, and the first of these challenges are mechanisms of government control over media. According to the Declaration, control is one of the constraints that, over the years, have been limiting freedom of expression, which represents a serious problem.  That control takes many forms, but we are particularly concerned about the exercise of political influence or political control over public media so that it can be used as a governmental instrument, rather than as independent bodies working for common good.

This is why we are addressing here freedom of thought and expression as an entry point or umbrella for protecting freedom of information and the importance of it being free and unrestricted to play its role in providing news, opinions and ideas to citizens, as well as the right to access and circulate information as a necessary right to serve public opinion and to assist it in choosing and participating. Finally, we are trying to answer the question of the role of the Egyptian mass media, is it misleading or impacting public opinion?

The right to freedom of opinion and expression consists of three different elements, as provided for in article 19 of the International Covenant on Civil and political Rights (a) the right to hold opinions without interference., and (b) the right to seek and receive information and the right to facilitate access to it; (C) impart information and ideas of all kinds, regardless of frontiers, either orally, in writing or in print, in the form of art, or through any other media of his choice.

A wide range of case precedents, special procedures reports and United Nations resolutions and regional human rights regimes confirm that freedom of expression is “essential for the practicing other human rights and freedoms, and essential for the creation of a democratic society and for promotion of democracy”.

The right to freedom of opinion and expression more than any other right represents a symbol of the interdependence and indivisibility of all human rights.  On this basis, the effective practice of this right is an important indicator of protection of human rights and other fundamental freedoms.

Moreover, although the right to freedom of opinion and expression is an individual right in the broadest sense of practice, it is also considered a collective right, giving groups of society the ability to seek and receive various types of information from a variety of sources and express their collective views . In addition to providing for the right to freedom of expression and freedom of information, legal and international systems also provide that a free and unrestricted press is a necessary condition for guaranteeing those freedoms. The European Court of Human Rights, for example, decided that the media play a vital role as a public observatory, responsible for transmitting information and ideas of public opinion that public opinion is entitled to, and that the press provides public opinion with the best means of discovering and shaping opinion with regard to ideas and positions of political leaders.  It reinforces an open and free political debate, which is at the core of the concept of democracy.

The European Court of Human Rights, for example, decided that the media play a vital role as a public observatory, responsible for transmitting information and ideas of public opinion that public opinion is entitled to, and that the press provides public opinion with the best means of discovering and shaping opinion with regard to ideas and positions of political leaders 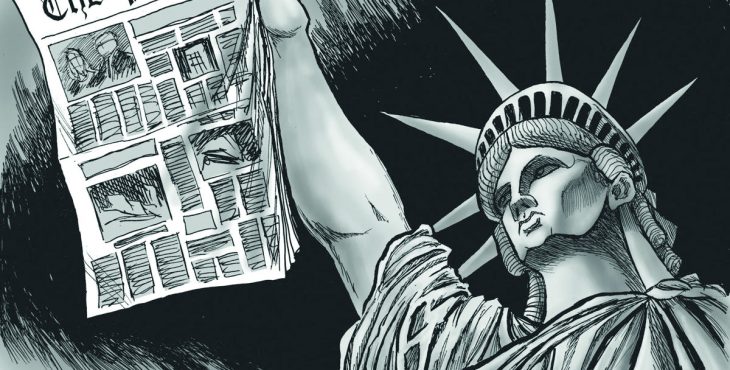 If people do not know what is happening in their society, and if the actions of those who rule are hidden, they cannot actually participate in managing affairs of that society.  Access to information is not just a basic need for people; it is a prerequisite for good governance conditions as bad governments need to be secretive in managing their affairs to survive, allowing inefficiency, waste, and corruption to flourish.

In 2015 report’s introduction, the Special Rapporteur on the protection and promotion of freedom of opinion and expression in a recent context on matters of concern to public opinion points out that disclosure usually requires three elements: A person who is willing and able to detect a hidden matter, a mean for information disseminating or a communication platform for the dissemination of such information, a legal system and a political culture that is protected by effective protection.  Without such a combination – source, publication, and protection – what is secret probably will remain a secret.

Media’s freedom can be perceived as the freedom to publish and distribute content on media’s platforms.  This is a prerequisite for many organizations, as well as for any individual who wishes to reach the public, and this is also essential for the news media organizations and other institutions that practice journalism, in order for whatever they deploy to affect power.  However, any restrictions on the freedom of media can affect all actors using this general dimension of the right to freedom of expression.  The protection and promotion of freedom of information is essential for a more democratic society.

The role of the media is to disseminate facts and views through the media.  But the goal of this publication is to provide people with the valid and true information for the purpose of cooperating with them and adopting the right opinion about a problem or a general issue, the aim of the media is to convey the image honestly rather than to create that image, because the process of creating that image is the citizen’s mission.

Some may disagree on the following: does the transition to a democratic system help to create an independent and free media?  Or does establishing an independent and free media help to bring about a democratic transformation?  Either way, it is hard to disagree that media’s independence is closely linked to democracy and its principles, and linked to media’s capability to perform its first social function, namely, community self-censorship.

The more independent the media, the more disciplined, more comprehensive, and more representative of society at all its different and unbiased levels it will be, thereby helping to achieve better professional performance and ensuring the preservation of basic human rights such as the right to expression, organization, knowledge and effective participation in public life.

In a research study entitled “Freedom of information and political and social instability”, Sudija Bal sought to examine the impact of media’s independence and lack of a free climate on the political and social stability of society.  It measured the impact of the media on political and social stability by seven indicators, including the ethnic congestion and internal tension due to civil wars, the possibility of military coups, terroristic incidents or civil chaos, the high rate of crime and chaos, and the lack of a fair judicial system that controls social order and obliges citizens to the law, the army’s intervention in politics and governance, and the government’s stability, its ability to remain in power, its efficiency and its effectiveness in achieving its political and economic goals.

The results that have been obtained have confirmed – statistically – that there is a inverse relationship between freedom and media’s independence and four of those indicators mentioned above.  If there were a free climate for the media, this would have a positive impact on the political and social stability that in turn affect investment and economic growth.  She concluded that independent media – that is not controlled by the state and interest groups that make information available professionally and promote citizens’ right to know and express their opinions – improves the government’s accountability as it puts internal and external pressure on them to improve their performance and confront their mistakes.

A free, uncensored and unimpeded press or media is indispensable for any society to guarantee freedom of opinion, expression and practice other rights, asthe press and other media are the cornerstone of a democratic society.

Hate speech in Tunisian media: About the stereotyping of bodies and ideas

The first Quarterly Report from October to December 2020 – Libya