“The principle is permissibility”, it is a famous legal rule. However, in Tunisia, the citizen is guilty until proved innocent. This makes him an outlaw as the existing law is no longer useful place and time-wise.

On March 13, 2021, Tunisian security forces stormed the home of the Tunisian engineer Houssem Bouguerra, to arrest him on charges ranging from serious to strange, as he was charged with terrorism, cooling corpses and organs and using electronic games without a license.  Later, the Public Prosecution decided to change it to charges of money laundering and Cryptocurrency mining.

In the same incident, Houssem’s brother-in-law was detained for 48 days due to his presence at the house at the time of the raid, which caused him to lose his job.

whereas the Tunisian legislative system does not recognize digital currency or its mining, the investigative judge considered that there is no case in the matter, stressing that Houssem Bouguerra had used and employed his techniques to earn legitimate financial rewards and ordered the dropping of the charges regarding the bitcoin and authorized the release of the Engineer for the absence of a crime.

However, the Assistant Public Prosecutor in Monastir decided to appeal and continue to keep Houssem, who is no longer able to walk and lost one of his eyes in prison due to his diabetic condition and his hunger strike in protest against this illegal situation and the violation he is being subjected to

In addition to his poor health, Houssem had sent a message from inside his prison, days before his trial, requesting the support of human rights defenders in Tunisia, declaring his intention to sew his mouth and swallow metal pieces as an expression of his refusal to continue his unjust imprisonment without a charge, a legal text or a judicial decision.

The letter reads as follows:

“Send me the associations of human rights tonight please. I am gonna sew my mouth and I will swallow three pieces of iron. Forgive me all. It’s too hot and I am tired. I’m sick, I am oppressed and suppressed and they don’t want me to meet the prosecutor. .I Love you all. My kisses for children because I think it’s hard this time so either i go back home or i will die. Last time I were in a wheelchair, this time I am sure I am gonna die. But at least I am oppressed this time. Please give the yellow shorts to Moez.” 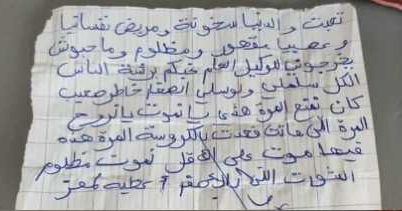 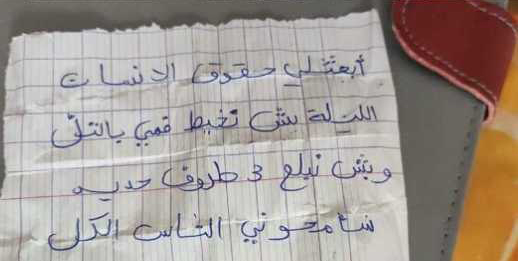 According to latest news, the Indictment Department of the Court of Appeals in Monastir decided on Tuesday, June 22, 2021 to annul the investigative decision in the Houssem Bouguerra’s case and authorized the temporary release and travel ban on him until a final decision is taken.

The coordination of the coalition for organizations active in digital rights and liberties, and some members of Houssem ‘s family held a support rally  in front of the aforementioned court, to demand  his release

According to Bitcoin Website, Bitcoin is a consensus network that enables a new payment system and a completely digital currency. It is the first decentralized peer-to-peer payment network that is powered by its users with no central authority or middlemen. From a user perspective, Bitcoin is pretty much like cash for the Internet.

Nobody owns the Bitcoin network much like no one owns the technology behind the mail. Bitcoin is controlled by all Bitcoin users around the world. While developers are improving the software, they can’t force a change in the Bitcoin protocol because all users are free to choose what software and version they use. In order to stay compatible with each other, all users need to use software complying with the same rules. Bitcoin can only work correctly with a complete consensus among all users.

Therefore, all users and developers have a strong incentive to protect this consensus.

Bitcoin payments are easier to make than debit or credit card purchases, and can be received without a merchant account. Payments are made from a wallet application, either on your computer or smartphone, by entering the recipient’s address, the payment amount, and pressing send, without the need for personal data, which makes this process impossible to track.

In addition to that, Bitcoin is not subject to supply and demand. Therefore, it does not have a central authority as it isn’t linked to gold reserves, which makes financial institutions frequently alarmed about it. Indeed, the World Bank Council banned the circulation of encrypted digital currencies at the level of classic banking institutions in the world, provided that central banks work to create their own central digital currencies, and work to stabilize them, without being encrypted or shared.

In Tunisia, dealing with cryptocurrencies is prohibited despite the absence of a law criminalizing or prohibiting the use of digital currencies. On the contrary, Article 28 of Tunisia’s Constitution states that “Punishments are individual and are not to be imposed unless by virtue of a legal provision issued prior to the occurrence of the punishable act, except in the case of a provision more favorable to the defendant.”

Therefore, there is no crime without a pre-established legal text for the date of the crime. Tunisian law does not require obtaining a prior license to use electronic games or the mining process responsible for the production of Bitcoin, and therefore the principle is freedom of practice. To raise the question about the reasons for bringing such charges without a legal basis for criminalization.

We note, in this case, the suspicious determination of the Public Prosecution to convict Houssem. Although the investigative judge closed the case twice, Public Prosecution changed the indictments more than once, turning from cooling bodies and members, terrorism and playing PUBG without a license (there is no legal text on this alleged accusation) to Money laundering through digital currency mining (there is no legal provision for this alleged charge).

This was pointed out by the activist in the field of defending digital rights and Tunisian artist Bayram Al-Kilani in his Facebook post, stressing that certain parties, the head of a police force, as he put it, are working hard to blackmail these young people.

The Lawyer Monjieh Belhaj Omar considered that the origin of matters is permissibility, which is a general principle in civil law integrally and penal law partly. Whenever there is no specific provision in penal legislation, we return to the general principles of interpretation.  Bitcoin is permitted, and in the private legislation there is no text stating that Bitcoin is something new, meaning there is still a legislative void in this matter.

The lawyer added that there is a principle of legality of crimes and penalties, and it is a constitutional principle, meaning that a person can not be punished without a pre-established text. Which leads to the question: Is the jurisprudence of the judiciary able to cover the legal void through a conviction? Because a special legislative text is required. Is it possible to convict a person for the reason of supplying currency without a license? It is all wrong from a legal point of view and from the point of view of the constitution. There must be a legal text regulating the matter. Even if there are laws regulating the matter, no one can be convicted on the basis of the principle of non-retroactivity because the law cannot apply retroactively.

Feedback about the backward progression system

Although the case of Houssem was not a precedent in Tunisia, there are many reactions and opinions on the subject in the same context, which is the legislative vacuum that opens the door for some of those stalking these competencies. In fact, Afaq Tounes Party issued a statement in which it considered these security practices injunctive and arbitrary and incompatible with the major digital and financial transformations the world is witnessing, calling on the Central Bank and the Ministry of Finance to deal positively and flexibly with these activities.

Yassine Ayari deputy from Amal party, published a post on Facebook, in which he presented some solutions to legalize the process of trading encrypted and unencrypted digital currencies by opening the possibility of using the tourist grant estimated at 6,000 dinars, accusing the deputies in the parliament of not interacting with the proposals he presented, to collect signatures that allow him to submit the draft bill to the Council.

The Central Bank, of course, had another opinion, as its governor, Shadly Al-Ayari, expressed his refusal to deal with virtual money in the country, especially Bitcoin and encrypted electronic currencies in general, stressing that these sites use highly cryptographic technologies, which makes tracking operations almost impossible in addition to enabling their users to Tax evasion.

Since 2003, the international community has adopted the Declaration of Principles of the World Summit on the Information Society during the Geneva phase, which Tunisia has signed adhering therefore to its items, confirming the inclusiveness, indivisibility and interdependence of all human rights and fundamental freedoms, including the right to development as explained in the Vienna Declaration-.

Pointing that no one should be excluded from the privileges provided by the information society.

Tunisia also recognizes, by hosting and signing the “Tunisia Commitment” document, which was one of the outcomes of the World Information Summit in its second edition in 2005, Tunisia recognizes that this revolution can have huge positive effects as a tool for sustainable development. Furthermore, the creation of an enabling environment at the national and international levels would prevent increasing social and economic disparities and reduce the widening gap between rich and poor at the level of countries, regions and individuals, as well as between men and women.

While digital countries are being established, the backwardness of the Tunisian financial and legal system remains the greatest obstacle to the development of a country that is complaining about the brain drain(migration).

While the State insists on defending its archaeological laws, young people are moving towards a greater horizon, Bitcoin mining and investment, far from understanding the need to keep pace with development, and considering that Tunisia cannot be isolated from the rest of the world.

On the other hand, activists and defenders for the development of laws for the digital world in general are taking down the legislation of the mid-last century, of which 64% of people are connected to the Internet. 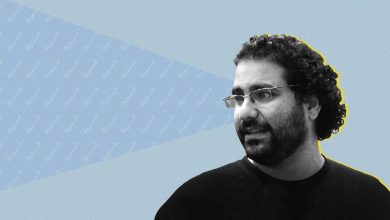 On the 82nd anniversary of the martyrdom of Tunisian citizens for the sake of a Tunisian Parliament: Associations call for a cessation of the use of the People’s Assembly to serve personal and parties’ interests over the higher interests of the Tunisian people