Tunisia witnessed, directly in the phase preceding the events of July 25, 2021, a clear confusion and deterioration, both at the level of vaccination campaigns, as well as the collapse of the health system in the public facility, which caused the daily death of hundreds of Tunisians.

This confusion and deterioration came as a direct and clear result of the impact of the political conflict within state institutions, which affects the security, health and lives of Tunisian citizens directly. The same stage also witnessed at the same time receiving aid from different countries after global outcries of panic were launched by citizens and civil society on social media.

On July 23, 2021, the Democratic Transition and Human Rights Support Centre (Daam) filed 6 requests for access to information with the Presidency of the Republic, the Presidency of the Government, the Ministry of Health, the Ministry of National Defence, and the Assembly of People’s Representatives, in order to obtain all the details of aid precisely presented during the last period and the mechanisms adopted for its distribution. DAAM did not receive any response to its demands during the previous period, and with the delay in response, the Centre decided to file a complaint to all the aforementioned administrations including the Presidency of the Republic in accordance with Article 29 of organic Law No. 2016-22 dated March 24, 2016 relative to access to information.

However, the centre was surprised the response of the administration that consisted in a paper attached to the demand requesting to  “return after a month”, while the deadlines for responding in the case of a complaint are only 10 days, which means that the legal deadlines have been exceeded, so that the complaint request is rejected even before the decision is made. DAAM Centre states that the goal of this project is to ensure transparency and continuous follow-up on the outcome of all kinds of aid in order to guarantee the right to health and the principle of equality between male and female citizens, which are constitutional rights. 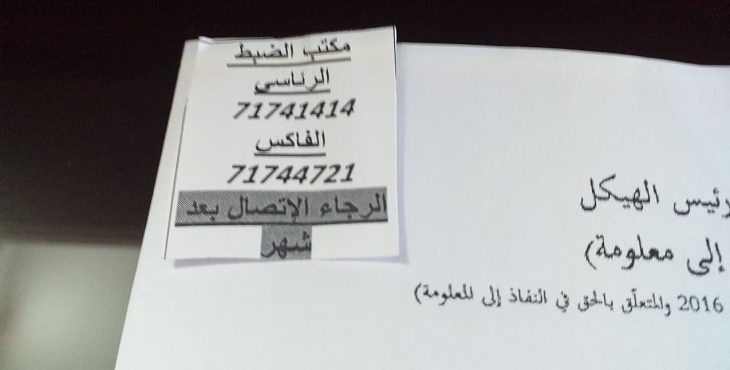 Also, access to information is a constitutional right that must be exercised, and transparency is one of the foundations of accountability in public affairs. The Center also stresses on the necessity of reviewing this decision by the Presidency of the Republic, considering that the deadlines stipulated in the law on access to information are obligatory and could not be surmounted, and that their violation is a violation of the right to access information. After #where_did _ 18_ 18_money_go, we pass to # where _ did _ aids _ go .  These demands are available on the website ( https://cutt.ly/4m7Jwrd ). The center is committed to publishing the responses once it receives them. 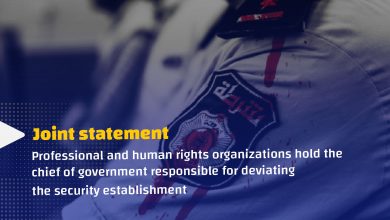 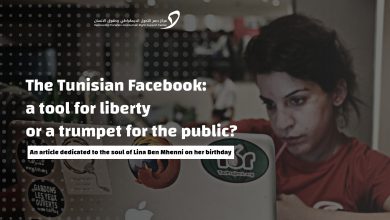 “DAAM” , the guest of Afek Tunis to present “The Illusion of Genuineness”