In the time when Egyptians, especially the Coptic orthodox, were getting ready to celebrate Palm Sunday that commemorates Jesus’ triumphal entry to Jerusalem, terrorism turned the festival into solace and joy into sorrow by bombing two churches in Tanta and Alexandria.

The week of pain in the Christian faith began again in Egypt today with the fall of at least 43 martyrs and more than 100 injured in the bombings in a scene that became frequent and familiar for the Egyptians especially that the forced displacement of Christians in Sinai last February is still in minds and it was followed by thousands of warnings that were issued regarding security performance defects and police inefficiency which raised questions about the extent of the state control over its territories including DAAM center statement in which we stressed on the necessity to take serious security procedures to protect and secure citizens.

The explosions were preceded by attempts to blow up the Marjerjis church, where an explosion took place today in Tanta as the authorities dismantled a bomb planted under a front seat several days ago. The explosion of the Church of St. Mark in Alexandria coincided with the visit of Pope Twadros II to the Cathedral, which opens the door for questions regarding the role of the police in securing and protecting churches and places of worship during religious celebrations.

For the second time after the bombing of the Patriarchs Church in Cairo last December, the terrorist group “Islamic State Organization” claims the responsibility for the bombing of churches in Tanta and Alexandria

The undersigned present their condolences and sympathies to all Egyptians in their painful suffering and especially Egyptian Christians whose celebrations turned to massacres ever since the bombing of the Church of the Saints on New Year’s Eve 2011, and the churches got used to replace the banners of the celebration of the feast with the banner of mourning, s stressing that such acts of terrorism are rejected by every free Egyptian conscience.

The undersigned stress on the need to take decisive action by the Egyptian government to protect its citizens as they become targeted along with their places of worships by terrorist organizations and that the Egyptian government repeatedly promised to protect and still with no tangible results so far, instead of imposing more restrictions on freedoms and free voices.

Central Directorate for the Development of Professional Competences and Quality

Protectors of the Republic

EGYPT: Stop sectarian violence in Sinai, the Executive authority in Egypt must be responsible 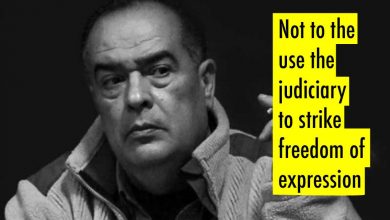 Not to the use the judiciary to strike freedom of expression