The semi-annual report is from the 1st of April to the 30th of September of 2020. During this period, the health epidemic spread in the three countries at the same time. The health crisis is added to other crises in Tunisia, Egypt and Libya to raise the difficulties of the democratic transition and its outcomes which are linked to human rights; thus, it has become necessary to enhance the approach of policies and legislations which are related to the democratic transition and human rights. Within the method of overcoming the mere political and legal approach which has been launched since the first semi-annual report of the Democratic Transition and Human Rights Support Center (DAAM), specific indicators without being separated from their multiple contexts have been adopted. As the legislative and political indicator is a methodological framework to enter a complicated reality in order to understand it and open the way towards ideas that could be studied. And it is not just a report to count the incidents and simplify it in a report form.

Although Tunisia is the only country from the countries of (the Arab Spring) that witnesses a development towards democracy, this development faces clear failures and obstacles which result from the narrow partisan domination over the legislative scene and this is accompanied by a weak political will in order to start the structural reformation of the Tunisian state. In addition to the incomplete formation of the independent and constitutional institutions in a scene that could be described as the domination of what is called the domination of the deep state over the scene.

This of course affected the status of human rights which just appears when violations took place and it deals with these violations at an individual level which is far from the scene as a whole. Besides without adopting a full approach concerning the principles that should be in the relation between the individual and state in the context of respect and the implementation of the complete global system of human rights. But the human rights organizations have been invoking legal texts in order to appear in the scene.

New elements presented themselves during the monitoring period such as the relation of the President of the Republic with the Assembly of the Representatives of the People, the Prime Ministry and the National Security Council. Also, the relation of the powers of these institutions and their role in affecting the process of the democratic transition. It also has become clear for all people that the legislature depends on the political movement as the political post of the representatives dominates his legislative role which makes him not abided by the legislative priorities which the state needs to complete forming its independent and constitutional institutions or the legislations which are considered necessary by the Tunisian society in order to enjoys its social and economic rights.

Tunisia faces a duality in the executive authority due to the current political regime, and because of this duality, each party has become continually searching for its political position depending on its powers and institutions. In addition to the coordination and cooperation with the rest of the elements from parties and national organizations in order to create a reality which is based on the pressure over the public opinion not on the legal and constitutional frameworks, and the principles of human rights.

In Egypt, the Egyptian regime works to militarize the values of the Egyptian society in order to consolidate the military education as a supreme value which penetrates the system of the secondary and university education through the powers of the military counselor in the governorates. And that is not separated from what was monitored in the first semi annual report of DAAM center concerning the order of the President Al Sisi to the Minister of Information to defend “the Egyptian Character” and its constant religious and national values and that would be detailed in the report in its own sections. All that passes through the structural, constitutional and legal frameworks; however, it is achieved through a complex network that allows human rights to be undermined and abused.

Egypt has lived during the monitoring period like the rest of the countries that lives on the impact of stifling epidemic crises that have social and economic repercussions, the current Egyptian regime exploits the epidemic in tightening the repressive mechanisms against activists and politicians. And it also became clear that the policies of the state are completely biased to the desires of businessmen and investors over the souls and lives of Egyptians.

The control hand in Egypt remained in the hands of the president of the republic while the authorities remained subordinate to him in a poor play that was directed for a lost legitimacy. The parliament during its first term, unleashed the hand of the president of the republic through legislations that work to complete the domination and autocracy with legal tools and institutional protection. Thus, the existence of an opposing current or an independent person with a different opinion have become impossible, as long as this difference is outside the cultural, social, economic and political frameworks or even the ethical and religious ones that the current regime wants and supports through the military institution first and the president of the republic (presidency of the republic) secondly. The opposition avoids participating in any elections under the current legislative system as a contestation in the legitimacy of the regime as a whole.

Regarding the situation of human rights during the monitoring period, it is in crisis as all authorities participates in practicing systematic violations while exploiting Coronavirus as a tool against all at home and abroad, in order to close any dialogue or initiatives or questions on the file of democracy and human rights, continuing its policies and practices that violate the constitution and the principles of human rights.

The Egyptian regime also uses the policy of blackout concerning the situation of coronavirus in prisons through controlling information by the policies of monopoly, confiscation, sending messages of defamation and traitorousness though its media platforms, banning and criminalizing through the judicial, legislative and security authorities against any organization, foundation or an individual sending reports or numbers or information that violate the official story. it is noteworthy that the Egyptian authorities cancelled the license of the Guardian reporter as she published her report concerning coronavirus and the number of the infected persons.

As for Libya, the chaos of the spread of weapons in Libya remained one of the important factors in impeding the political paths in order to save their existence and interests that would disappear once reaching a clear political solution. The Libyan-Libyan military conflict by a regional support and an international intervention, has led to the differences of the interests and points of views concerning solving the Libyan file which always don’t the paths of multiple dialogue, which were all similar in coming out with specific agreements and provisions in order to resume the political process and democratic transition, but it soon ended with Renewed political skirmishes and armed conflicts.

The state of failure continues in the file of human rights during the monitoring period as the right of protest appears after the demonstrations that took place in Tripoli and many Libyan cities, protesting against the economic and political situations in Libya. Some armed groups faced these protests with bullets and excessive violence together with the abduction, enforced disappearance and torture. Also, after the end of the battle in Tripoli, many mass graves were discovered in several regions that are under the control of the armed groups and that resulted in the intervention of the International Criminal Court and declaring starting the investigation in these incidents.

The report monitored during the health crisis, sides of the social contract crisis in Egypt and Tunisia, while Libya lives in a very different context. This matter made the outline of the report, proposes a special axis in the two sections of the two countries concerning social politics and its weak points in combating the crisis of Covid+19 and what follows it. The axis of the social policies is considered an important indicator on the democratic transition and its capabilities in Egypt and Tunisia because it saved some important measuring elements that they could be negotiated which resulted from the popular revolutions. It also has connections with the weakness of the state’s institutions and its inability in presenting the values of law, transparency, integrity and accountability as values that support the confidence of the citizen, enhancing the values of human solidarity. Corruption in Tunisia has led to raise serious questions concerning the negative role of the state which lives a transition towards democracy, in blowing “the value deepness of the society” which is the set of values and feelings of the citizens that links individuals with the directions of the country and its policies. The public sector in Tunisia presented a bad model concerning corruption under the health crisis in a time that the Tunisian citizen lives depending on grants and aids, or in other words he faces difficult living conditions due to the deterioration in the economy.

COVID-19: Urgent measures must be taken by MENA governments to protect the prison population 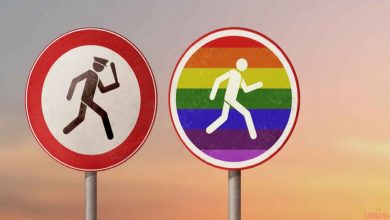 May 17, 2020 International Day against Homophobia and Transphobia 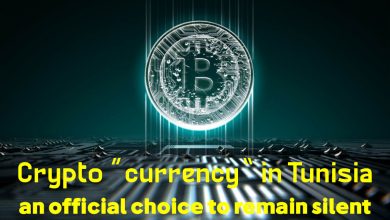 Crypto “currency” in Tunisia: an official choice to remain silent. 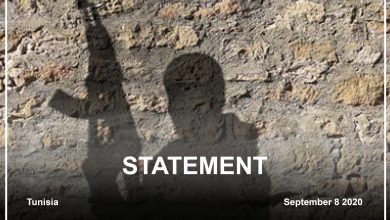